Because people on Twitter know I’m obsessed with drink driving law quite a few of them pointed me to the case of Yaya Toure earlier this week. My daughter has been ill so I’ve not had a proper chance to look at it until now but when I did I thought it was worth a write up to explain some of the confusion that seemed to abound on social media about this case.

The accusation is that he drove after consuming so much alcohol that the proportion of it in his breath exceeded the prescribed limit – that’s drink driving to you. To his credit, he immediately accepted that he had committed the offence and entered a guilty plea at court, but a hearing was scheduled for him to argue that his drink had been spiked. 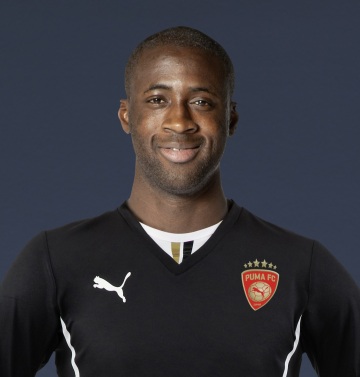 If somebody spikes your drink with alcohol and that causes you to be over the drink driving limit when you drive, you can avoid a driving ban arguing that the spiking is a special reason not to disqualify you.

Mr Toure’s case is interesting because his reading was high yet he is teetotal for religious reasons (and presumably because being a highly-fit athlete doesn’t mix well with binge drinking). That didn’t stop District Judge Lucie saying, “the reading is a high one and it is inconceivable that you were unaware of having consumed alcohol.” Anybody who has experience of DJ Lucie in drink driving cases will not find that surprising in the slightest.

In his evidence, Mr Toure told the court that he had been to a party where he was the designated driver for himself and his friends. He told the court that he poured himself Diet Coke from a jug. He said that the Coke tasted odd and that he felt tired. He denied recognising the signs of intoxication, which is perhaps not surprising if he does not drink.

I am surprised by Mr Toure’s decision to go down the special reasons route if those were his instructions from the beginning and even more surprised by the District Judge’s reason for conviction, assuming the press reports are accurate (which they often are not).

While I do not think it inconceivable that a teetotaller would fail to recognise that he was intoxicated I do find it inconceivable that none of the lawyers in the room that day were aware of the case of Robson v DPP in which a Rastafarian who was also teetotal for religious reasons was refused special reasons on the basis that he failed to make sufficient enquiries as to the make-up of the fruit punch he was drinking. The similarity with Mr Toure’s decision to pour himself some Diet Coke from a communal jug without enquiring as to its contents is striking. The problem only escalates once you remember that Mr Toure gave evidence that the Coke tasted odd – a warning sign to any driver that they should check what they are drinking. In those circumstances, it is difficult to see how the special reasons application could ever succeed.

For the special reasons application to succeed Mr Toure’s account would have to be that he did not know the Coke contained alcohol, had no reason to suspect and that he had made reasonable enquiries about what he was drinking. Reasonable in this case would probably include asking the host, “what’s in that jug? Is it just coke?”

Turning to the sentence imposed. The case made headlines because of the size of the fine, £54,000. This was reduced from £81,000 following Mr Toure’s guilty plea. It is the largest fine ever imposed on a drink driver, although that may not be surprising since the fine was capped at £5,000 until relatively recently.

One area in which Mr Toure may wish to consider an appeal is in the length of the disqualification imposed upon him. The news reports tell us that Mr Toure blew 75 microgrammes of alcohol in 100 millilitres of breath, which is slightly more than double the legal drink driving limit. The sentencing guidelines tell us that this should attract a ban of around 18 months. The District Judge imposed 18 months but also accepted that Mr Toure had unknowingly consumed alcohol. If we look at the sentencing guidelines we see that under the heading “factors indicating lower culpability”, number 2 is “spiked drinks… even where not amounting to special reasons”.

I happen to know that this judge will not reduce the disqualification to reflect the guilty plea but there is no reason why the ban should not be reduced to reflect the fact that Mr Toure did not intend to drink and drive and did not realise he was doing so until shown the breath test result by the police. I have acted in similar cases and have successfully argued that the driving ban should be reduced to the 12-month minimum plus a reduction for the drink driving rehabilitation course.

I accept that the DJ reached the view that Mr Toure should have known he was intoxicated, but I do not see how such an argument can stand up to even the mildest scrutiny. By way of analogy, carbon monoxide is a gas that affects your perception of the world around you as it kills you, so you would be highly motivated to do something if you realised you were being poisoned by it, yet neither I nor you would recognise it happening if we were being killed by it because we’ve never experienced it – indeed that is why the stuff is so dangerous and kills people every year! To argue that somebody who does not consume alcohol would recognise the effect of alcohol upon them is simply not sustainable. For that reason, I think there is scope for an appeal based on the facts reported in the press.

Nick Diable represented Mr S before the magistrates’ court where S was accused of drink driving.  He had been seen driving by the police, made admissions to drinking when stopped and provided a positive specimen of breath at the police station.  He instructed us that he wanted to plead guilty but would like some help reducing the length of the disqualification.

S explained that he had no memory of getting in the car and could not explain why he decided to drive.  He remembers deciding that driving was a bad idea and so decided to pull over.  He went through a red traffic light and stopped immediately beyond the junction.  A passing police car saw him jump the light and came to investigate.

When tested, S had 74mg of alcohol in 100ml of breath, putting him more than twice over the drink driving limit.  This would mean a driving disqualification of up to 22 months for a first time offender.

We advised S to obtain character references to show that he is normally a responsible person who would not normally commit a criminal offence.  We discussed the sort of people who S should approach and the sort of things they should say.  But, S felt unable to approach anybody because he was genuinely ashamed that he had got behind the wheel while over the drink driving limit and couldn’t bring himself to tell people outside his immediate family.

In court, Nick focused on the short distance S had driven and explained that while S had made the decision to drive he had, to his credit, also decided to stop within 50 yards of setting off.  Although he jumped the red light, he did so in the knowledge that the junction was clear and there was no danger to other road users.  Nick also discussed S’s reaction to the offence he committed and that he was genuinely remorseful and ashamed of his actions – so much so that he had not even been able to obtain evidence that would assist his defence before the court.

In this case, the magistrates’ accepted Nick’s submissions and agreed that the disqualification should be reduced both in light of the guilty plea and following the mitigation put forward by Nick on S’s behalf.

As a result, S was fined and disqualified from driving for 12 months.  He was allowed to take the drink driving rehabilitation course, which will further reduce his driving ban to 9 months instead of the starting point of up to 22 months.